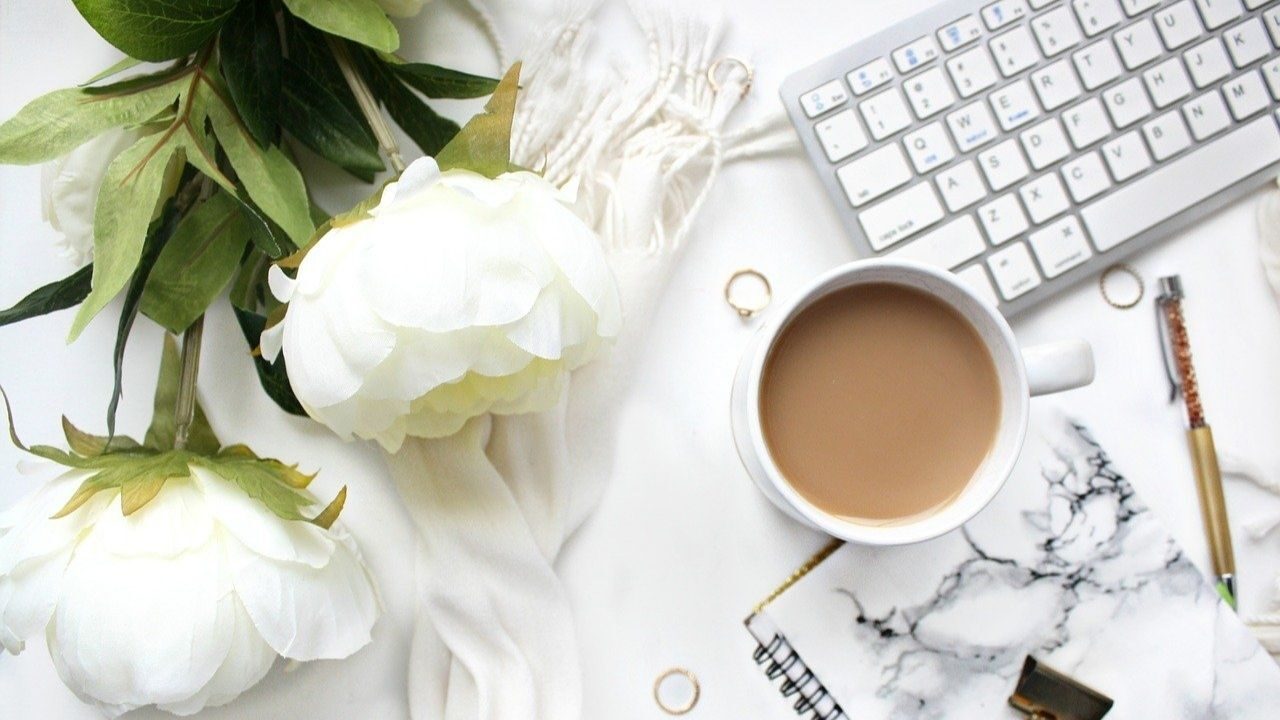 “So, let’s go to your place after school the day after tomorrow. I look forward to it,” Michiyo said, lifting her rosy cheeks.

“Okay, you can show me how to play it,” I assured her while randomly moving my fingers on the keys of the electric piano placed in our third-grade classroom. As the school bell rang, we swiftly returned to our seats along with other classmates.

Michiyo is coming to my home to play “Für Elise.” The thought thrilled me while we were bowing to the teacher before the math class. Michiyo was taking private piano lessons and had a real piano at home. She agreed to come to my home to play with me on my electric piano!

Our classroom teacher, Miss Takita, was wearing a bright floral print shirt with pointy collars, a typical 70s look. As she began writing several math problems for us to do on the blackboard, I started worrying: “How should I tell Michiyo about Papa?”

When I was born, my father was thirty-nine and my mother twenty-eight, which made them quite older than my classmates’ parents. I hated school paperwork because it always required me to put my parents’ ages. Even worse, Papa had been staying home for several years to recover from his “bad liver.” When I was in kindergarten, we lived in a public apartment in southern Saitama Prefecture (“prefecture” is an equivalent to a state in the U.S.), which is a suburb of Tokyo. He was then a city employee but had to be hospitalized for many months. While he was on medical leave, he wanted to move to a house and Mama’s inheritance money allowed them to buy a 15-year-old 2-story house in central Saitama, to which we moved just before my elementary school and my younger sister Aki’s kindergarten started.

“Tadaima (I’m home),” I announced as I opened the front door of the house. The first thing that came into view was the living room with enormous windows. It was dark because the neighbor’s house cast a shadow on it. Our house as a whole had a gloomy atmosphere anyway because most of the walls were brown wood panels. After washing my hands, I went upstairs to the main room and opened the sliding door.

“Okaeri (welcome home),” Papa said slowly while lying down on a thin Japanese-style mattress in the dim tatami room with all curtains closed. “How was school today?” he asked the routine question. He seemed to be in a better mood today; at least he did not scold me for a sloppy greeting.

“Yes, so-so,” I said nonchalantly, sluggishly sitting on the cushion, and observed several square patches lying on his skinny belly that his grayish cotton kimono was not covering. He had mail-ordered these smelly Chinese herb patches in the belief that they would make him healthier than hospital medicines. A few years had passed after his discharge from the hospital; it made me wonder why he was still at home and not working outside.

“Can you get a glass of water for me?” he asked.

“Yes, Papa, I’ll get it for you,” I agreed as I stood up. I carefully went down the steep, squeaky staircase. Aki had fallen from this staircase, but luckily without being injured. In fact, it was fashionable among children in those days to boast a survival from a staircase fall. Having never experienced it, I envied my sister for that reason.

Passing him a glass of tap water, I told Papa about my friend’s visit the day after tomorrow. “Michiyo plays piano very well. She is gonna show me how to play piano.”

I hurried to say, “Thank you,” and abruptly added, “Can you stay in your room?”

“Please don’t call me when my friend is here,” I repeated my request.

“Well…” he said nothing more.

“Dinner’s ready,” Mama called us from the downstairs. She had come home from her part-time work and quickly fixed our meals as usual. When Aki and I entered our small kitchen-dining room, I found Papa already siting in his chair.

“Maki, sit down there,” Papa told me, looking serious.

“Yes,” I followed his instruction while his face made me nervous.

“What did you tell me a while ago?”

“I…I asked you not…not to call me when my friend is here,” I stammered.

“Is that what you say to your parent?!” he snapped and banged a hard fist on the dining table.

“I…am…very sorry…,” I barely squeezed out these words as Papa’s scary face and voice shocked my heart. I started to sob hysterically; tears oozed out of my eyes, one after another. Seeking help, I looked at Mama, who was always sweet to her children, only to hear an unsympathetic word: “You shouldn’t have said such a thing to your father.” Aki kept her mouth shut to avoid any involvement.

I was not allowed to leave but was instructed to finish my food at the table. The breaded pork cutlet was crispy enough to please me, but the rice was a little too hard, and the miso soup was a bit saltier because tears kept coming down while I was eating.

Two days later, Michiyo came with me to my home after school instead of heading straight home. We walked five hundred meters for ten minutes to my place. Although her home was in the opposite direction, her mom had agreed to come to pick her up when we were done.

After we washed our hands, I brought her upstairs to my room shared with Aki. Next to my study desk was our electric piano, which was a basic, simple keyboard whose tone and touch only remotely resembled those of an acoustic piano. My ultimate wish was to have a “real” piano and take lessons, but my parents could not afford either of them because of Papa’s illness.

As she had promised, Michiyo showed me how to play “Für Elise.” Fascinated by the way she moved her fingers and the beautiful melody she played on my humble instrument, I was eager to learn. The first couple of well-known phrases especially enchanted me. Reading music notes was tricky but I learned the phrases mostly by ear. If only I could take piano lessons!

After making enough music, we chatted and ate the cookies and chocolate that Mama had prepared. She was too busy to bake her own cookies but had been preparing a small portion of snacks for Aki and me each weekday since she started working outside a year ago, so that we did not starve before dinner.

“I think I have to go home soon. Can I call my mom?” Michiyo murmured.

I felt sad. I wished this fun time with her would last forever. Then a brilliant idea popped into my head. “I wanna show you something funny before you go home,” I suggested.

“Guess what? This house has a door to the sky,” I boasted.

“Really? What is that for?” she was curious.

“I don’t know, but let’s find out,” I proposed and opened my room’s door. The door stopped at the staircase railing. Opposite the staircase was an alcove, the end of which had the “sky door.” There were four small rooms on the second floor, surrounding the staircase, which was easily accessible because there was barely a hallway. The size of the “sky door” was the same as the front door’s. That door to the roof had always made me wonder why it was there.

“I can try to open it,” I suggested with confidence although there was an obstacle. A shoe cabinet was standing in front of the door. Luckily, though, the cabinet was narrow, and I was small enough to get access to the door.

“Bang!” With a considerable sound, the door finally opened. The cloudy sky and the roof came into view. As soon as a sense of accomplishment delighted me, however, I was struck by lightning: “WHAT ON EARTH DID YOU DO?!”

Papa was standing in filmy white cotton underwear, the shape of which resembled its thermal counterpart. He glared at me furiously and slapped my face hard. I fell on the knees in a flood of tears that came down like the Niagara Falls.

“Don’t you know it’s very dangerous! You stupid!” he shouted and returned to his room.

As my blurred eyes met with Michiyo’s appalled face, my lips uttered, “He’s my grandpa.” The truth is, I had never met my real grandfathers because they had been long gone when I was born.

To celebrate Father’s Day tomorrow, the school had set up Father’s Visiting Day today. Third graders’ fathers would visit our PE class in which we would play one-ball dodgeball.

I did not expect Papa to come. Since the catastrophe about ten days ago, we had not talked much. He rarely went out because he was too sick, anyway.

After my crisis, Michiyo kindly pretended that nothing had happened. She was quiet when her mom came to pick her up by bicycle. Maybe her mom gave her some advice.

The depressing reality at home aside, I was quite cheerful and active in school. Particularly, my agility allowed me to enjoy PE classes. Even some considered me a tomboy. Dodgeball was my favorite game; I especially liked to hit those boys who always teased me.

As the game started, I realized that we were surrounded by quite a few men, who were my classmates’ fathers. They all looked young compared to Papa, who was at least ten years older than they. A sense of jealousy came over me.

While I was moving around in the court, a tall figure was looming up over my left shoulder. It was a man dressed for winter: a thick winter coat, a wool scarf, leather gloves, and a knit hat with a big pom-pom on top. To my disbelief, it was Papa. How embarrassing! Who would dress like that in June? I decided to pretend that I had not recognized him.

When many of my team members were getting hit and moving outside the court, I managed to remain inside the court, successfully catching the ball and hitting the opponents.

“I’ll get you!” Nakayama, one of the rough boys in the opposing team, yelled and tried to hit me. Had I been swifter, I could have escaped from him; my losing balance led me to getting hit. Out of disappointment, I immediately sat down on my knees on the ground and lowered my head. I was too upset to get up.

“You’re doing great,” a familiar voice complimented me. I looked up. Papa was smiling and nodding. Boy, he really looks like a grandpa. The big, fuzzy pom-pom caught my eyes. It reminded me of a cheerleader’s pom-pom. It was too cute for him and almost made me laugh.

“Hehehe…,” I responded with a nervous smile and lowered my head again. Then something clicked inside of me. The image of a cheerleader and that of Papa’s pom-pom merged in my mind.

“Are you okay? Are you hurt?” the teacher sounded concerned.

“I’m okay,” I insisted but could not move because of a sudden emotional attack. I felt ashamed of having been embarrassed about Papa, but at the same time relieved. Papa didn’t hate me! He is dressed for winter because he is sick. He is sick, but he came because he wanted to see how I’m doing in school. The pom-pom is for cheering me up…

I remained in the same posture to hide my tears. I’m sorry, Papa. I’ll be a better girl tomorrow.

Copyright 2021 © MakiEnglish. All Rights Reserved. Using any portion of this website without permission is considered as plagiarism and copyright infringement. 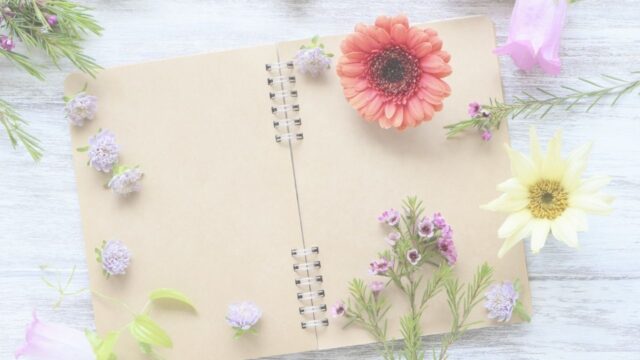 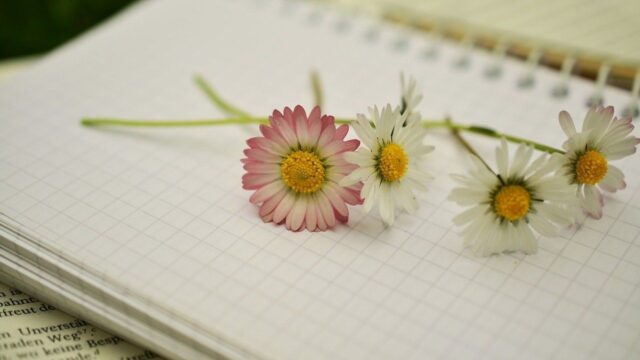 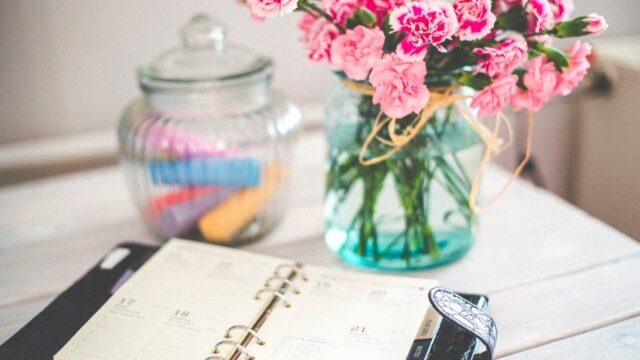